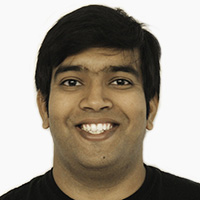 Sulalit Bandyopadhyay is currently registered as a PhD candidate in the Ugelstad Laboratory, Department of Chemical Engineering, NTNU. He is working under the supervision of Dr. Wilhelm Robert Glomm in the field of nanomaterials for drug delivery. Using the analogy of a postman delivering a letter to the correct address, I tried to explain how modern science and technology can help guide a drug to the diseased site, where it is expected to deliver its desired function.


The idea I had in mind was to use simple words during the presentation to reach out to a larger audience. The reason for this was two-fold: the general language used in the event was Norwegian (including all presentations except two) which meant that the majority audience comprised local people or Norwegians doing research in Science and secondly, English as a foreign language may not be able to stand out when used alongside sarcasm or pun. On the contrary, I stuck to using expressive pictures that would enable the audience to spin a tale in their minds. This technique works when it is important to convey complicated research to a range of people who stem from various backgrounds, not necessarily doing Science. The most important thing that worked for my presentation was the comparison I drew between my nano particles (NPs) that are designed to reach the target site and deliver the drug and a postman delivering a letter to the right address. The egg analogy
The idea of this analogy came up while I was brain storming myself to come up with an easy to understand system that can help others understand how the core-shell Fe@Au NPs comprising an Fe core (egg yolk, rendering magnetic properties) and Au shell (egg white, rendering optical properties) can provide both targeting and tracking capabilities to our NPs, making them smart systems for targeting drugs.

The judges felt that the social implications of this research was easily understandable as one of the major problems of medicines, if taken inappropriately, at wrong times or in combinations that do not go together is that they cause a lot of side effects. As the drug reaches both healthy and unhealthy cells, higher drug dosage is required which further enhances side effects and thus, a vicious cycle. This effect can be minimized by using smart targeting systems that seek for the diseased site and deliver its payload when it reaches the site of action, just like our NPs. The wet sponge and postman analogies
Further, our NPs also have a stimuli sensitive polymeric layer which can change shape and structure when there is a change in temperature or/and acidity of the medium. This enables squeezing out of the drug similar to squeezing out of water from a water-laden sponge.

The outermost layer of our NPs contains a special molecule (PEG) that hides the NPs from the body’s defense mechanisms allowing them to be in the circulation long enough to reach the target site.

In a similar way that an effective postal system delivers a letter to your friend’s address without allowing others to know what message it contains, our NPs are capable of delivering the cargo to the diseased site without being detected by the body’s immune system. Demanding but enjoyable experience
On the overall, the whole experience to do popular science was an exciting one, more so, because it stood out with its inherent characteristics. A few months of continuous understanding of one’s own research benefits to the society so as to convince the audience was a well-accepted challenge. The bigger challenge was in presenting a really complicated field of targeted drug delivery to common minds, without using too much technical vocabulary, yet making a clear point as to why I am doing this research. One important experiment that I tried in the process was to present before researchers from other fields (my brother, a few close friends), besides sitting down with the other contestants during coaching sessions and otherwise to run through the text and confirm that it should not be difficult to understand the scenarios. My supervisor and the group also helped in giving a patient ear to things that they know way better from experience in the same field. What amazed them was how important it is to tell a story about your research, while simultaneously engaging the audience! Presenting one’s research cannot be that demanding, but presenting it with dramatic content, eager eyes while simultaneously playing to the gallery, was something I enjoyed a lot.

Forsker Grand Prix should be popularized further and if possible, various versions (different language for instance) should be hosted. At the end of the day, it is the good vibe that the whole team and the overall project gave, which will always be remembered, besides the loads of things that I learned from the process of communicating to the general audience, a topic that I have now worked on for more than 7 years!